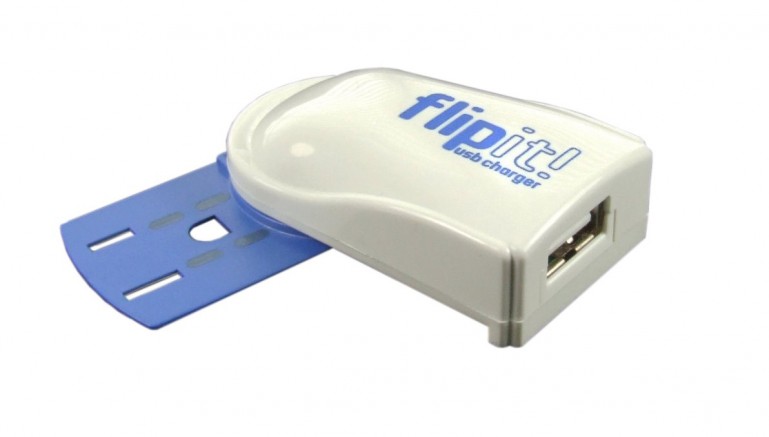 Perhaps you’ve encountered a travel scenario like this before … you arrive at your hotel room and go to plug-in your mobile phone, only to discover that the bedside lamp and clock radio are already occupying both plug-ins of the most conveniently located AC wall outlet. While there might be room on another outlet, it could involve your having to squeeze in behind the TV, or leaving your phone someplace where you might forget it. If you had a Flipit USB charger, however, you could draw power from that first outlet, while still leaving the light and the radio plugged in. <ahref=”https://www.technotrait.com/2011/10/16/flipit-lets-you-charge-devices-from-outlets-that-are-in-use/flipit-0/” rel=”attachment wp-att-286″> 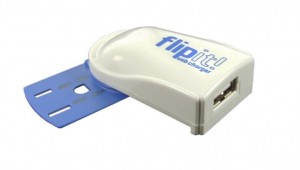 The Flipit works via a flat conductive “power tab,” which folds underneath the main unit for storage. When you want to use it to charge your mobile device, you fold out the tab, unplug one of the existing appliances from its outlet, run its prongs through the holes on the tab, then plug it back into the outlet. While the appliance will still receive a sufficient operating current, the Flipit will draw from it, providing 1 Amp of electricity through its USB-out port. A standard USB cable will convey that current to your device.

Most mobile devices are compatible with the charger, although the iPad is one notable exception. The Flipit is available on Amazon for US$15.99. There are presently no models for non-North American style plug-ins. via:gizmag