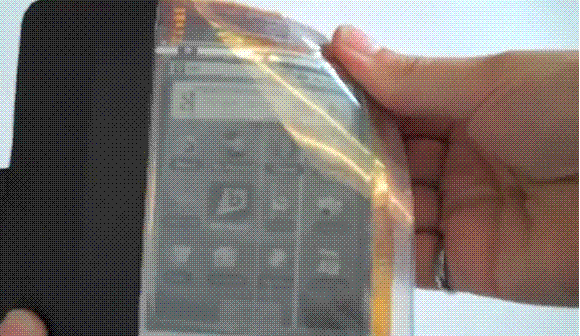 hi friends, today I am going to introduce you a special type of mobile phone that we may call as “Paper Phone“, although the idea may be presented a couple of months ago I feel it and so I want to feel it among my readers.

So let’s come to the topic as by name this flexible paper phone is a special type of phone just like paper, but rather than this when you bend it or turn it you can listen to music, received a call, use applications or even some more function also.

The idea of the paper phone was presented by research teams at Queen’s University in Canada and Arizona State University,

It has 9.5-centimeter (diagonal) screen is actually a lightweight flexible display. 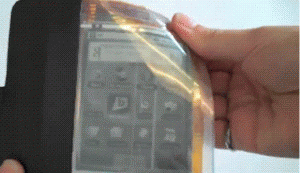 It’s said to feel similar to a bendable piece of plastic. Its thin body resembles that of a paper document, but, according to the video below, underneath the screen is a “flexible printed circuit with resistive bend circuits,” which are used to identify the bending of the display screen.

The user actually chooses the shape for each function. For example, you can choose to bend the upper-right corner to make a call or bend the lower left to listen to music. These shapes are then recorded into the software, and when repeated, they send the appropriate action to the device. 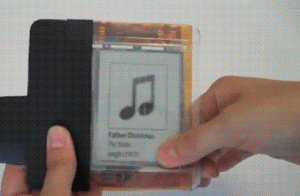 According to Prof. Roel Vertegaal, director of Queen’s University’s Human Media Lab, the phone does everything a normal smartphone can do. We don’t see any camera as of yet, so it’s missing a feature that’s extremely popular with smartphones, but we know it’s in the early stages, so that could be added in the future. He also said that with larger versions we’ll “no longer need paper or printers.” We’re not sure if we’d go so far as to say that, but it can definitely supplement the paper and printers we’ve used for so long.