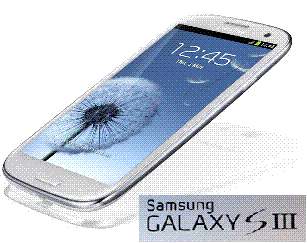 The time has come when Samsung has decided to launch the Samsung Galaxy S3 on June 20 this year in Canada.

According to the blog media, the android based smartphone will be only available in Canada and the citizens of the USA have to wait for its release in their country.and it may be the 11th of July.

In their unpacking ceremony in the first week of May 2012 in London, they have announced the date to be the 28 May, but now the date has shifted to the 20 of this month.

well, Let’s have a look over its design, features, and specification. The android based smartphone has a large display of 4.8 inches.(1,280-by-720 display) Powered by 1.4 GHz quadrupole Processor. It is enriched with new icecream Sandwich ROM. With a powerful Rare  Camera of 8 Mega Pixel, One can see the world with his own eyes.

As for talking about the American citizens the Samsung Smartphone may have not all specifications with a difference of Processor (it may be dual-core ) and have less RAM (of 1 GB) but It is not the major issue. Let’s see will Samsung will announce it with the same specifications.