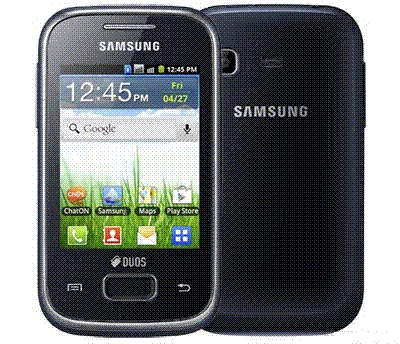 When talking about its specifications and hardware, Samsung Galaxy Pocket Duos is a dual-SIM version of the Galaxy Pocket, a 2.8-inch Android device announced nearly half a year ago that immediately became the cheapest smartphone available from such a recognized name like Samsung.

What is Special in Samsung Galaxy Pocket Duos:

The Pocket Duos strays little from the original. It sports the same 2.8-inch QVGA display, a 2-megapixel camera, Wi-Fi connectivity, and an 832MHz single-core processor. The internal storage is 3GB and it is expandable via microSD cards of up to 32GB. Finally, Android is at version 2.3 Gingerbread on the device.

Of course, all those characteristics are what allow the Samsung Galaxy Pocket Duos to be extremely cheap. We guess it would build on the success of the original Pocket and prove popular in developing markets where two SIMs translate into big money savings and prices matter more than specs.