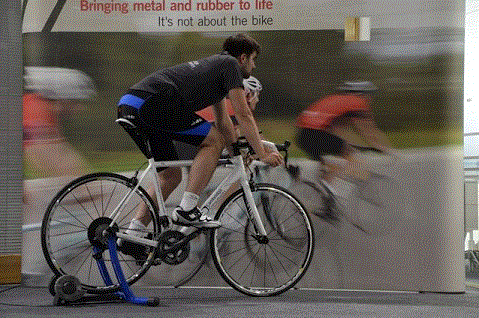 It was the time when riders rely on the gears of bicycles but now technology has changed itself and bicycles get an automatic transmission that can be controlled by any smartphone. This all was done by the first automatic gear developed by UK Cambridge consultants. Who was working hard on developing this project for a couple of months.

In the previous posts, I have already introduced some interesting things like unlocking your door with your smartphone and iPhone Compatible Wristwatch and now today will come up new system designed for bicycles.

According to the media, a group of engineers from UK-based Cambridge Consultants is taking things a step further. They’ve developed a smartphone-based electronic automatic transmission for bikes and can alternatively be used for bicycles also.

What is Special in this smartphone-enabled automatic transmission system:

when talking about the technology used in this system we already know that mechanical automatic gearboxes for bikes already exist – but they wear out quickly as they’re based on moving flywheels. The new wireless method activates an electric gearshift that has no such issues – and thanks to its use of a smartphone can also analyze performance for serious cyclists. Now you the system will decide which gear will be suitable for you and all is done by using Bluetooth wireless technology.

How Automatic Transmission Works in Smartphones:

The theme of this technology that works with smartphones is quite simple the UK engineers have cut down the cables between the switches and the gears and replaced them with a smart, low energy version of Bluetooth designed for very long battery life, these are normally connected via cable to a lithium battery and gear switches on the handlebars.

In manual mode, Bluetooth on the gear switch communicates with an iPhone in the rider’s pocket. An app on that phone then relays the rider’s commands to a Shimano electric gear shift system modified to receive Bluetooth signals.

In automatic mode, a magnetic sensor on the main crank tells the app your pedaling speed – known as cadence – while a wheel sensor tells it your road speed. It then computes the correct gear and beams it to the Shimano mechanism. “It’s not difficult. The link between cadence and speed is the gears.

Although Cambridge is looking for business partners that are interested in developing it commercially. There is no estimated price at this time, although the Ultegra version of the regular Shimano Di2 system sells for about US$$2,300.