Looking for Google Play Store Alternative to run android apps for free or at discount rates, here are the best apps for you.

Google Play store is no doubt the prime objective of every Android user to download android apps and games. The reason behind this popular Android app store is due to its SECURE and Variety of Android software covering nearly every topic.

Somehow, when we don’t find an app for which we are looking for, due to:

The app Store alternative to Google Play will not have a variety of apps and Games (both Free and Paid) but also can provide Paid apps for Free or at nominal Charges.

Here is the bird’s-eye view of the android apps and games that may be downloaded from websites or services alternative to the Google Play Store. 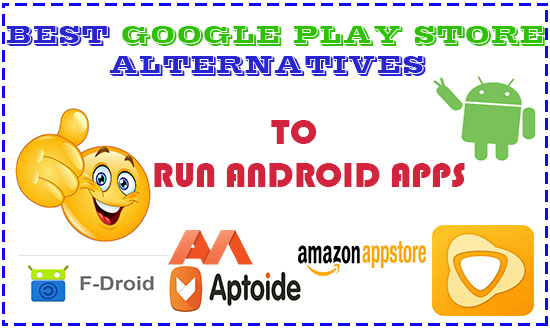 It should be kept in mind that the selection of apps and games from the following third-party websites may depend on your own device, so before installing, check its compatibility.

Aptoid is one of the famous and reliable Google Play Store Alternative app stores. 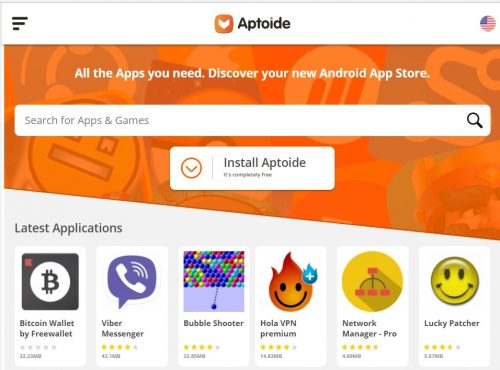 Due to its variety of apps, it has become the most downloadable third-party app store in the world. It has more than 700,000 apps for its android lovers. This open-source has been serving since 2009 and its apps have been downloaded millions of times.

It has android apps not only for android devices but also for tablets, smart tv, and set-top boxes.

So, that’s why it has become a more trusted and reliable free open-source Android apps provider.

APK Mirror app is one of the unique third-party Android stores of its own kind. It has a large number of apps arranged in chronicle order to download and use for Android devices.

The device that one may not find on the Google store can be found here. It has no paid app, so one can download as many as he can free apps from here.

It has also an option to download and use previous versions of any android app, so if you don’t want the latest one, you can roll back to the previous app. Moreover, it has also apps that are country limited and can be downloaded from any part of the world.

Amazon is the symbol of a reliable and trusted source with a variety of products worldwide.

Amazon app store is also known as Amazon Underground has also an android app store to download and use a variety of apps worldwide.

The app store has more than 3.3 million apps (both free and paid) for android lovers.

The good thing is that it offers to download a paid app for free.

So those who visit this amazon underground app store daily can download a paid app for free.

The store has a variety of apps for every topic, one can download apps from here trustfully and risk-free with more titles. Apart from the Amazon App store, there is a huge selection of books, movies, and songs at the lowest prices than the other.

So that’s why it is recommended as the best Google Play Store alternative.

MoboGenie is another Google Play Store alternative and is known for its reliable, trustworthy, and variety of software, ready to download both on the phone and pc.

Its interface is more attractive and well-managed than Google Play. So you can download a variety of software related to video, audio, and images directly to your android phone or PC.

This open-source can be accessed worldwide, and no registration is required to download any app from there.

A variety of apps and games are arranged in a specific order to let the user choose his own choice.

The entire site or android store is run by volunteers and relies on donations, you can make one if you found it good.

Due to open source, It is a good place to use the android developers to test their apps and to make new apps by taking android code from the site. So it is a Good Source of android apps alternative to Google Play.

Getjar is a very old app store perhaps before the introduction of Android phones worldwide.

It is one of the best stores to have more than 8 million varieties of apps and software related to nearly every device worldwide.

So whether you have an old Symbian, Java, blackberry, or even Android phone. You can download the app of your own choice.

Although the apps and software present on this website is not up to date, you can download and use them freely.

So, that’s why it is recommended as one of the best Google Play Store alternatives to download on a secure and fast platform.

How to Install and Use  Google Play Store Alternative apps on your Android device:

It is pertinent to mention here that, By default, our android device is only set to use Google Play Store apps and will not accept any third-party apps or Games.

So before using any other third-party Android app, we must first enable our device for that app.

Other android markets Get Paid Apps for Free (or at Nominal Price):

So I will recommend trying the above Google Play Store alternative app store to download and use a variety of apps and games.