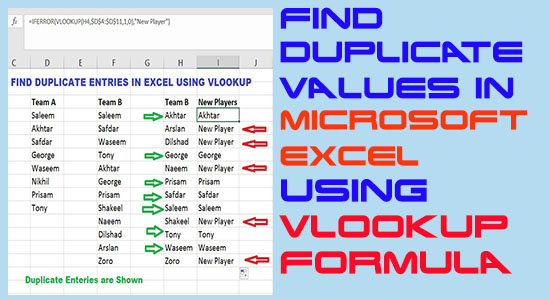 Have you ever tried to find duplicate values in excel by comparing two columns? If not, then this guideline is for you. Especially if you are working in an organization, school, or even in a shop, you can easily sort out the repeated values and filter them accordingly.

First, let’s see how many ways we can use the VLookup excel formula in our daily life.

Do check the method to convert Numbers into words in Excel

In today’s tutorial, we will only learn the VLookup function of Microsoft Excel at the beginner level to check values that appeared duplicated in excel by comparing two columns.

How to find duplicates in Excel by comparing two columns.

To understand the VLookup function let’s set an example of football players of school, some of the players have already played in one match while some new player is added in the next match and declared as team B. Our target is to check which person has already played and which are new ones.

Before applying VLookup, we must have knowledge of the VLookup Syntax Working.

It is elaborated below:

So let’s see how VLookup helps to solve the issue. 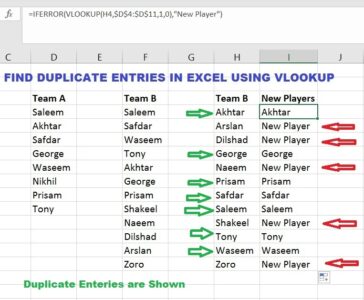 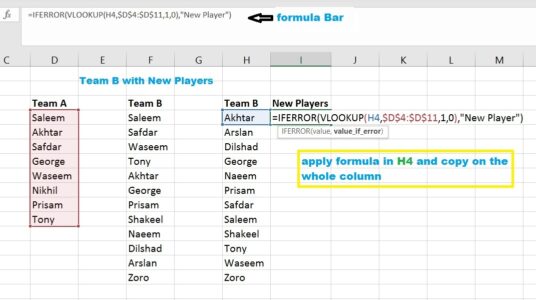 You can change the values of columns for your convenience, but the whole procedure will be the same.

Hope the above tutorial will help to understand the use of the VLookup function to find duplicates in Excel.

Do comments with your feedback.