Twitter is an easy way to share thoughts and updates with your friends and even common people. But it may become a nightmare when some of your friends are just making fun of you or you may not be happy with his tweets. It may also be possible that you don’t like self-promoting posts, spam, bots and don’t want to interact with them. There is a way to just ignore, make your account private or use Twitter mute button and let to see other friends and fellow tweets.

It feels sounds easy but it might not, however, there is a full and final way to block them and get rid of their replies and tweets again. 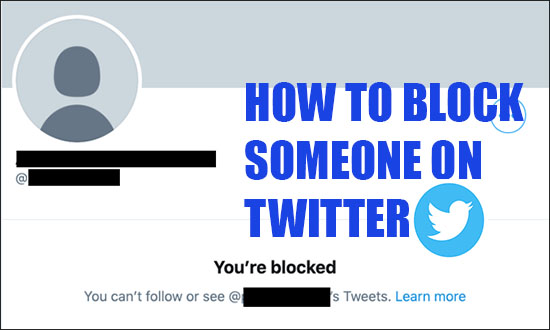 There are two ways to block a person on Twitter.

2- Block a Person from his Profile:

What happened when you block a person on Twitter:

After going through the article elaborated, it will seem quite easy to block him on Twitter, but you have to face some results of using this feature:

In short, you both will be unavailable for each other except if you have a public account then the other person will be able to see your activities on Twitter.